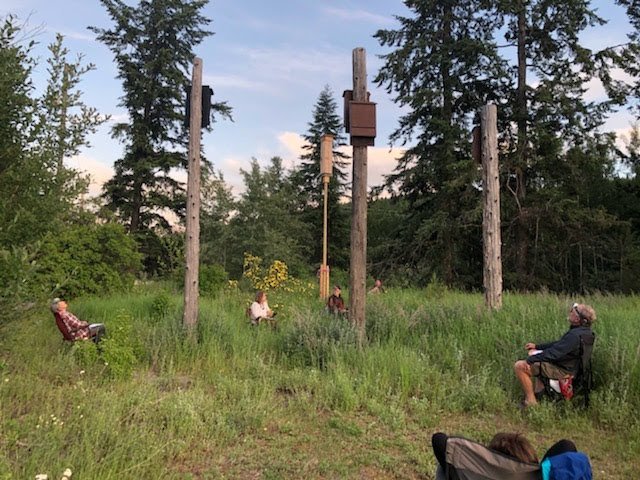 Participate in the BC Annual Bat Count

The BC Annual Bat Count is a citizen science program to annually monitor bat populations in roost sites. Abandoned houses, barns, church steeples – and even currently-occupied structures – can provide a summer home to female bats and their young. Monitoring these “maternity colonies” can give biologists a good idea of how bat populations in an area are doing from year to year. With the occurrence of White-nose Syndrome in North America, monitoring these colonies is more important than ever.

Ideally, the Bat Count includes four counts during the summer:

Doing all four bat counts allows us to best compare data from year to year and between sites. However, if you don’t have time, you can choose your level of participation:

Generally, these bat counts are a lot of fun and are pretty simple:

To learn more about the counts and how to collect valuable bat data, click below:

Ways to Get Involved