Where to install a bat box

The location of a bat-house is critical to its success. There are many factors to consider when selecting a site including: solar exposure, surrounding habitat, mounting, potential obstacles, protection from predators, wasps, and installation timing.

In summary, bat-houses should be placed:

The most important influence on the suitability of bat-house placement is solar exposure. In the temperate climate of B.C., it is important for the bat-house to be exposed to the maximum amount of sun. In most of B.C., bat-houses should be placed in direct sun, facing south or southeast, to receive at least 10 hours of direct exposure each day (and more is better!). In areas where the average high temperature in July is around 27 ºC (south Okanagan, West Kootenay, Lytton, etc.), the amount of sun can be reduced to a minimum of 6 hours. In these locations, try placing bat-houses facing east. If you have several possible sites to choose from, monitor them for a few days before you install your bat-house to determine which sites receive more hours of sun each day. Also try to set up your bat-house out of the wind, if possible. Paint bat houses a dark colour to maximize heat absorption – unless you live in the hot Okanagan, Fraser-Thompson, or Kootenay regions. If you live in these particularly hot regions, consider a lighter colour or natural wood with clear stain. 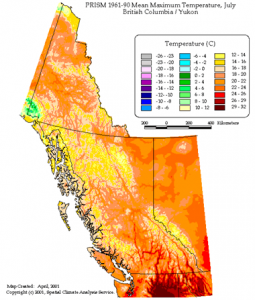 Ideally, bat-houses should be situated near good foraging and drinking habitat, such as streams, rivers, lakes or ponds. Bat-houses less than 400 m from a water source are ideal. However, it is still worth installing a bat-house in areas away from water, because bats may travel further to find drinking water each night. Open areas such as open fields, forest clearings, golf courses, green spaces or agricultural land are also appropriate areas to install bat-houses. 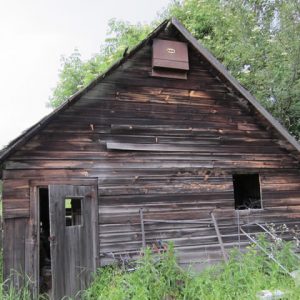 Bat-houses can be successfully placed on poles or on the sides of buildings or outbuildings. Bat-houses mounted on poles are often the most successful, because they can be mounted high above the ground, face any direction, and be free of clutter. The ideal scenario for bat-boxes is to mount two multi-chambered bat-houses back-to-back on a pole, so that one faces north and the other faces south. Bat-houses mounted on wood, brick, or stone buildings with good solar exposure are also good choices because the building radiates heat into the bat-house during the evenings. Mounting a bat-house on a building is particularly effective for single-chambered bat-houses. Houses mounted on trees are more difficult for bats to find, and more vulnerable to predators. Avoid mounting bat-houses close to bright lights.

Bats like a clear path to fly out of their house so that they can detect predators and easily avoid obstacles. Bat-houses should be placed in open areas where there is no or little clutter for at least 5 m. If a bat-house is mounted on a tree, the branches should be de-limbed below and around the bat-house to create an open, uncluttered area.

House cats are one of the largest predators of bats in B.C., although raptors, weasels, and other animals may attack bats. Mounting a bat-house high on a metal pole or building can minimize the risk of predation. A slippery sheet-metal guard can be wrapped on the bottom of a wooden post or tree to deter predators at these sites. To reduce predation by raptors, try to mount the bat-house at least 8 m from the nearest tree branches, wires or other potential perches for aerial predators.

Wasp nests can be a problem for bats. Limiting the width of chambers to three quarters of an inch helps reduce occupation by wasps. During winter months when bats are absent (November to March), check the bat-house and remove any accumulated wasp nests.

A bat-house can be installed at any time of year. However, bats are more likely to move into a bat-house when they first return from their winter hibernation site to their maternity site in April or May. If the bat-house is being installed in combination with exclusion of bats from a building, install the bat-house at least two to six weeks before the actual eviction if possible.

Everything you need to know about making & placing a great bat box. Here you will find plans for a maternity box which is great for buildings or free standing with two poles and plans for a rocket box which is best installed with a post in an open area.