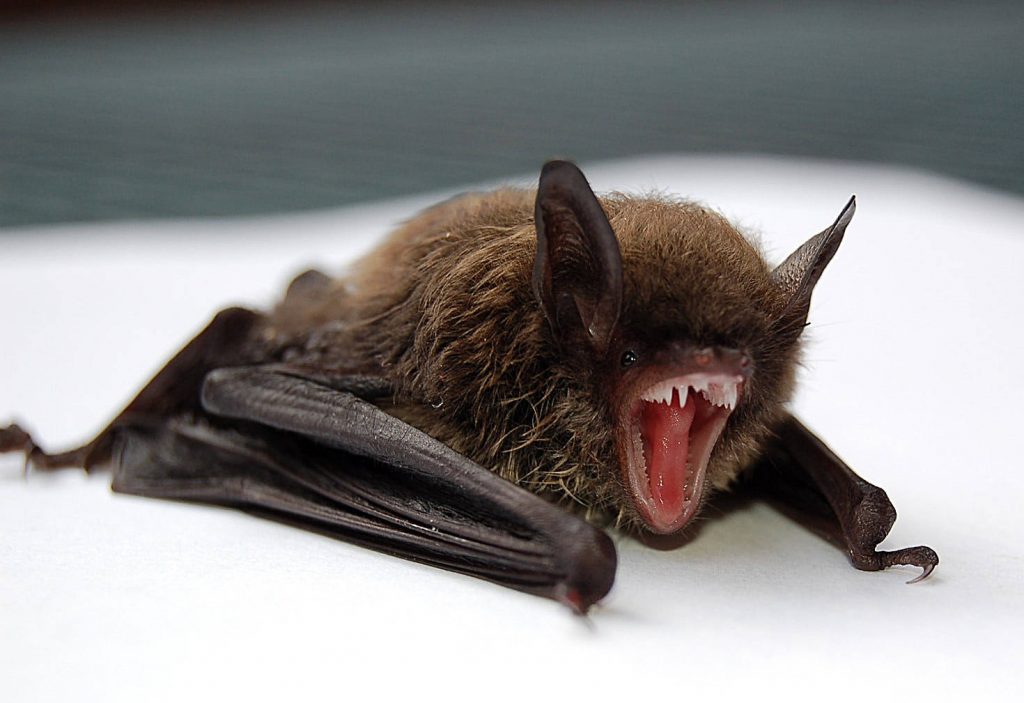 Bats have developed a poor reputation as being the main transmitters of rabies, and this is one of the reasons that people fear them. Bats are a reservoir for rabies in BC – meaning they can carry the disease and pass it on without showing signs of the disease themselves. However, the percentage of bats that have rabies has been over-estimated in North America, because samples were taken primarily from sick or dead bats. When normal populations of bats are sampled randomly, less than 0.5% of bats tested positive for rabies.

Rabies is a serious illness that can be fatal; nevertheless, contracting rabies from a bat is extremely rare. Since 1970, five people have died from rabies in Canada and four of these deaths followed exposure to bats. Bats should not be feared, but caution should be taken.

Bats with rabies may appear sick and weak, and be more likely to be somewhere where people can come in contact – e.g. on the ground. People should beware of bats that act strangely, such as bats flying during the day, and NEVER pick up a sick or dead animal with bare hands; use gloves or a shovel to gently move the animal away from human activity if possible, or call your local Community Bat Project for advice.

If a pet or a person does come in contact with a bat, we recommend immediately contacting a vet (for your pet) and doctor and or public health office (for humans). The human vaccine is excellent, involving shots in the arm, and not in the stomach like older versions of the vaccine.

You can find out more about bats and rabies here

Another disease that can be transmitted by bats is histoplasmosis, a disease of the lungs. The fungal spores can be transmitted through bat guano although the primary sources of the disease are from the droppings of starlings, pigeons and poultry. The disease is most common in the tropics or other humid environments and, in Canada, is thought to be primarily limited to central Canada; however, a cluster of cases was detected in Alberta in 2011. Fortunately there are no documented cases of locally-acquired histoplasmosis in humans or animals in BC, indicating that the risk of acquiring this disease in this province is minimal. However, surveillance for this fungus in bat guano in BC has been limited.  Most people who contract the disease have few if any symptoms or problems, but some people can develop serious respiratory conditions. To be safe, avoid breathing in dust in areas where there are bat droppings. If you do have to clean up bat guano, particularly in an enclosed space, spritzing the area with water to keep the dust down and wearing a mask is suggested. For more information on histoplasmosis see www.ccohs.ca/oshanswers/diseases/histopla.html.

Despite these warnings, bats are an extremely low health risk. There are more deaths annually from dogs and bee stings than from bats. Statistically, having an occupied bat-house in your yard is safer than owning a dog or planting flowers!