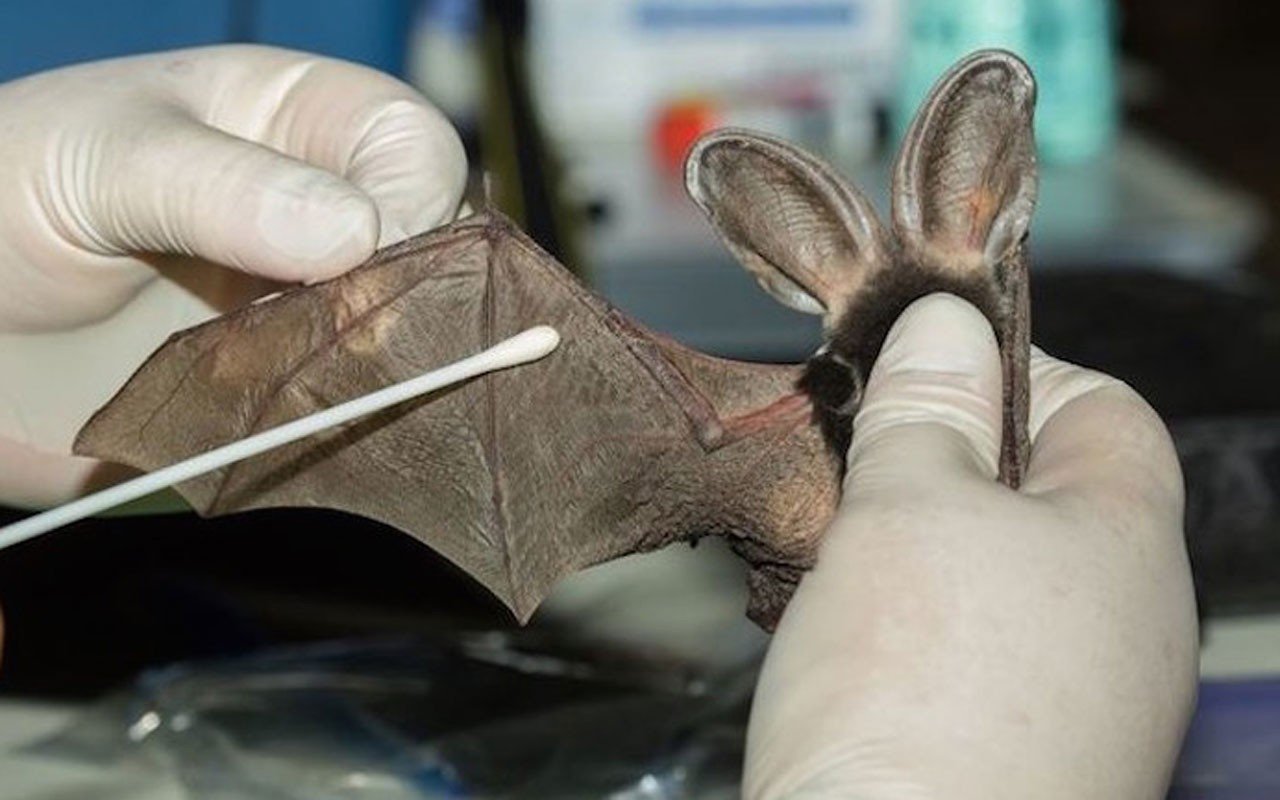 Half the bat species in BC are considered species at risk (vulnerable or threatened of becoming extirpated). With their important role in controlling nocturnal insect populations and cycling nutrients from wetlands to forests, bats are a critical part of our ecosystems.

White-nose syndrome (WNS) is a devastating fungus that is killing millions of little brown bats in eastern Canada and US. It attacks bats during hibernation and is easily spread through the cave or mine. It is estimated that approximately 6 million bats have died. Experts predict that the common little brown bat will be extirpated from much of eastern North America by 2026. Luckily, this disease is not yet in BC, although it was reported in Washington State in March 2016. Download this bulletin about WNS (PDF file). BC Community Bat Programs are involved in monitoring for this disease in BC – if you see a dead bat, please contact your local bat program, email info@bcbats.ca, or report it here.

Wind farms have been killing bats, particularly migratory species like hoary and silver-haired bats. The localized drop in air pressure from the whirling blades causes barotrauma in the bats where their lungs literally burst when the outside pressure drops.

Depredation by house cats is the primary cause of bat mortalities reported to the BC Community Bat Program. Obviously bad for bats, predation by cats exposes the cat to various wildlife diseases including rabies. Avoid impacting bats and keep you cats safe by keeping them indoors. You can learn more from the Happy Cat Brochure.

Habitat loss is also putting pressure on bat populations. Bats require summer roosting habitat (such as large trees, caves, or cliffs), winter hibernation sites, and a good source of insects (like wetlands), all of which are impacted by human activities. Other factors such as human persecution and extermination and pesticides also impact their populations.

Threats to bats in urban and rural areas

Urban development such as road and transportation networks, housing and industrial developments can radically change the natural habitat of an area. Most urban settings represent poor quality habitat (foraging, roosting) for most of B.C.’s bat species although a few have adapted and have even expanded their range as a result of human occupation. Bat species that rely entirely on natural roosts such as older age class trees, caves or rock crevices may permanently lose habitat when an area is developed.

Foraging habitat or areas where bats hunt for food may be eliminated or degraded as a result of draining wetlands, diverting waterways, eliminating ephemeral wet areas or reducing insect productivity as a result of toxic run-off or high rates of sedimentation. Urban landscapes have much lower prey availability than the original forest ecosystems.

Wetlands in urban settings may be contaminated by storm-water run-off that may pick up chemicals from a variety of sources. These may move up through the food chain from sediments to aquatic phases of invertebrates that may become bat food after they hatch. Bats are highly sensitive to contaminants because of their high metabolic rates and small body size. Studies have shown that this type of contamination has negatively affected individual bats but it is unknown what the long-term effects are to populations or species.

Facing these threats, bats can use all the help they can get. Check out our “Get Involved” page to find out what you can do.